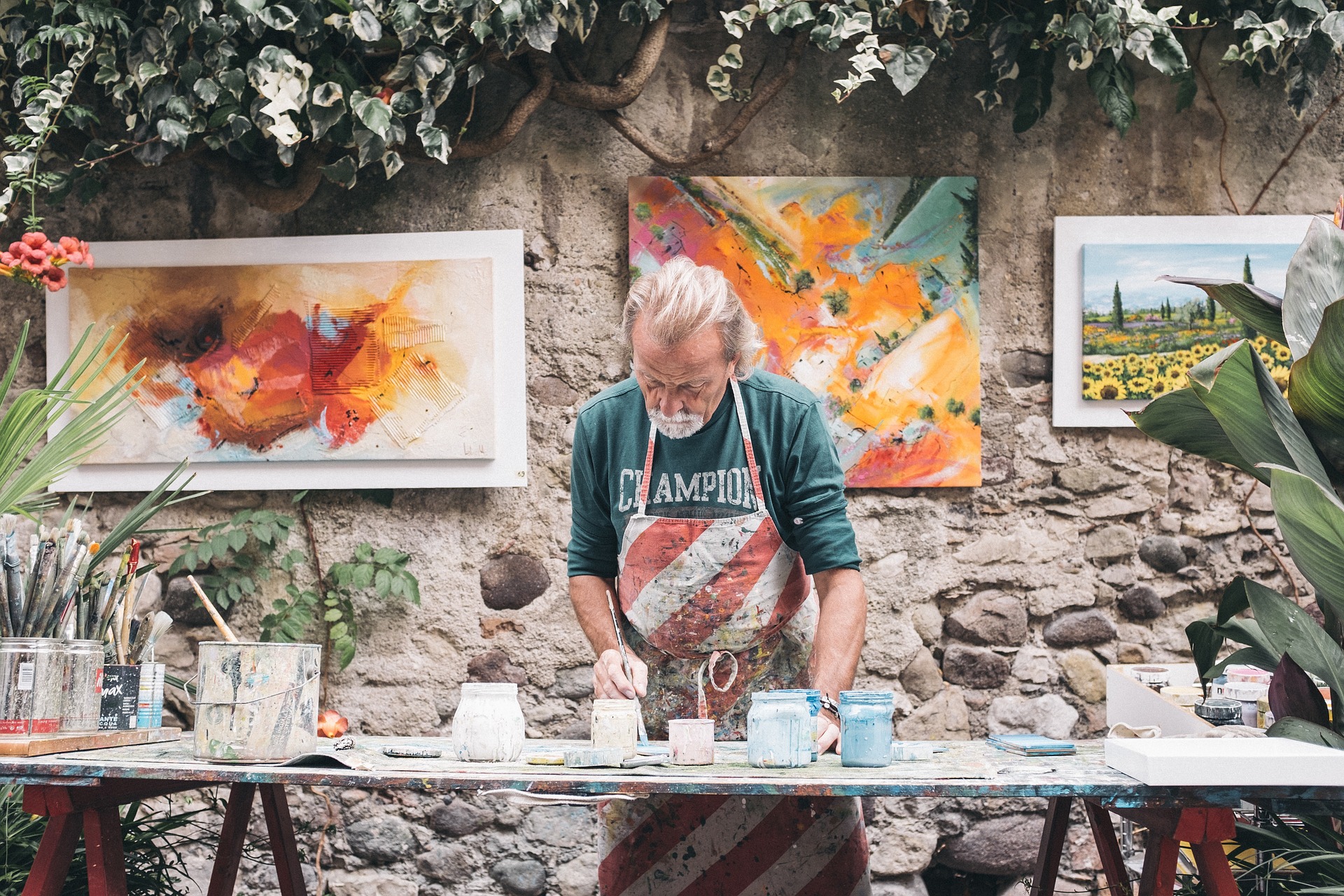 Ever since I was younger I have wanted to be an artist and when I reached the age of 18 I began to believe that it just wasn’t possible anymore. I wasn’t getting much work, there was loads of competition online and I thought about getting a ‘real’ job. I went to a birthday party of my friend Libra Max and the strangest thing happened, I met her father, the incredible artist Peter Max. I never realized that Libra was his daughter, in fact I never knew her surname and it was only when I was introduced to one of his agents that I joined the dots. I did what any aspiring artist would do of course, found her father and stole a few minuets of his time, and here is how he shaped my life.

First Peter told me about how he also nearly quit art when he was in his teenage years and that it was only because of a large commission which he received that changed his mind about this. I spoke to him at length about how I never planned to make millions from art, I just wanted to make enough to get by and showcase my work. I showed him my Facebook in order to display what I could do and see if I even had a chance to make it. Peter was really impressed with my pieces and told me to keep pushing.

Just two days after this meeting with Peter Max he got in touch with me and told me about an opportunity at a museum where he had some work on display. He then told me that I had 2 weeks to design 3 pieces which he would put on display next to his work. I was so excited it wasn’t true and I loved the fact that this incredible artist was prepared to offer me even a chink of his spotlight and it really hit home how much we need to support each other as artists. This exhibition brought in a huge amount of work for me and it was all down to the kindness of this amazing artist.

Peter did say how impressed he was with my work but I can’t help feeling that he supported me so much because he saw a piece of himself in me. Over the weeks and months that followed he introduced me to so many people in the industry and he would often help me with certain pieces that I was working on. I have dramatically improved in the last year alone and that is down to just one man, Peter Max.

In truth I’m not sure if I was good enough in the beginning but thanks to his guidance and his support, I most certainly am good enough now. I consider myself a lucky man that Peter has helped me so much, and I am very proud of myself for taking the bull by the horns and speaking to him at that party.

5 things that will help you live healthier and longer

It’s something we all want, to live healthier and live longer lives. Well, assuming you are not being tortured...

It gets pretty confusing, there is so much information out there as to whether we should be standing or...